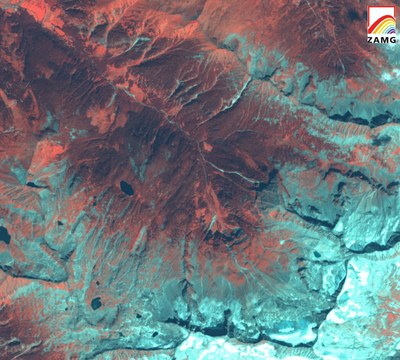 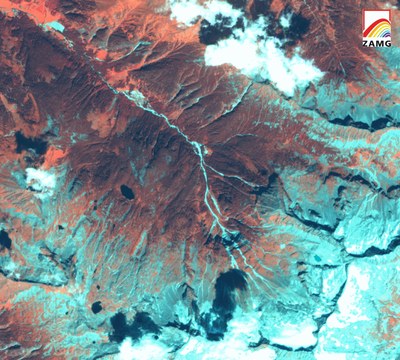 Before and after satellite images show newly scoured landslide tracks in bright relief in the picture on the right. Photo courtesy www.sentinel.zamg.ac.at.

VIENNA — Massive, three-mile-long landslides in the mountains of central Austria in late July destroyed roads and bridges, and new satellite images provide clues that link the damage with melting glaciers.

Some of Austria’s recent large landslides started in high mountain basins, where glaciers are retreating at a record pace. The mix of rocks and silt left uncovered by the melting ice are particularly vulnerable to being mobilized by extreme rainstorms, according to researchers studying the latest data from the Sentinel satellites.

The entire ZAMG release (in German) is here: https://www.zamg.ac.at/cms/de/klima/news/neuer-umweltsatellit-zeigt-ausmass-der-muren-im-gasteiner-koetschachtal

The European Space Agency’s Sentinel satellites have beamed back detailed before-and-after images of the scars. The slides carried material from the glacial moraine all the way to the valley, along paths nearly two miles long. The glacial rubble is susceptible to erosion because there’s no vegetation to hold the material in place — plant growth hasn’t come close to keeping pace with the retreating ice, the scientists said.

“The new satellite photos offer timely evidence that climate change is reshaping Austria’s mountains, especially the highest regions,” said Anette Bartsch, a climatologist with Austria’s federal weather and climate bureau. Mountain landslides have become increasingly common in recent years and have resulted in some of the most costly climate-related damages in Austria.

“With a systematic analysis of the satellite data, we can identify areas that are vulnerable to climate change impacts and evaluate the necessity for mitigation, including measures like catch basins, walls and even putting some areas off limits to development,” she said.

The latest satellite images were taken above the mountains surrounding Bad Gastein, a popular tourist town in the Hohen Tauern region of the Alps. Heavy thunderstorms on July 31 unleashed the massive debris flows, scouring channels that could carry future slides even farther.

Austria is one of the few countries with open, free access to the Sentinel satellite data, part of the European Copernicus Initiative. Access to the data is in the framework of an agreement between federal science and infrastructure agencies, evaluated at www.sentinel.zamg.ac.at. More information here: ->Daten der Sentinel-Erdbeobachtung-Satelliten in Österreich kostenfrei abrufbar.

Importance of Alm agriculture in the European Alpine region

The economics of Alpine agriculture 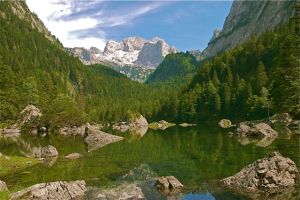