Swiss researchers taking a close look at the effect of global warming say that plants, birds and butterflies sprinted uphill by anywhere from eight to 42 meters between 2003 and 2010 — a significant shift in a very short time, according to the study published in the online journal Plos One. Other research has shown that, in general, European bird and butterfly communities have moved on average 37 and 114 kilometers to the north, respectively.

The more detailed Swiss research is based on data collected from 214 sample sites up to an altitude of 3,000 meters. The shift is most dramatic at lower elevations, said Tobias Roth and Valentin Amrhein from the University of Basel. Above treeline, they found no big changes in the distribution of species, although some birds also appeared to headed toward higher ground in response to climate change.

“An average of eight meters difference in altitude in eight years and across all plant species is quite impressive for the often not very mobile plant communities”, said Amrhein. “The results show that the biological impacts of climate change will not only become apparent in the long term. Animals and plants are already today adapting to the rising temperatures at a surprising pace.”

At higher elevations, the researchers found that some species were moving downhill.

“It is possible that land-use related changes in habitats near the tree line outweigh the effects of climate warming. For example, many alpine pastures have been abandoned in recent years”, said Roth. “It is also possible that alpine plants are better protected against changing climatic conditions, due to the highly varied surface of alpine landscapes.”

In any case, the fact that plant and butterfly communities have changed towards warm-dwelling species at low altitudes but remained relatively stable at higher altitudes cannot be explained with different temperature developments across altitudes. The scientists also studied data on air temperature of 14 meteorological stations: During the 16 years between 1995 and 2010, the summer temperatures in Switzerland rose by about 0.07 degrees Celsius per year at all altitudes.

Importance of Alm agriculture in the European Alpine region

The economics of Alpine agriculture 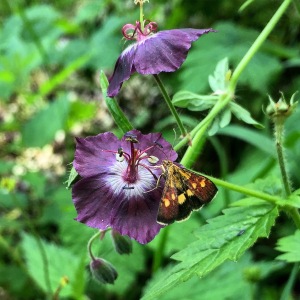